Since 1986, the Black Student Union (BSU) — previously known as the Black Cultural Society — has been putting on a fashion show that places Elon University students of color at the forefront. This year on Saturday April 22 at 7:30p.m. in McKinnon, sophomore Kenneth Brown, special events coordinator for the Center for Race Ethnicity Diversity Education, wanted the show to deliver a message beyond fashion. He wanted both the models and the audience to feel empowered in their skin, and chose to base the stylings off of the popular 1987 black sitcom “A Different World.” 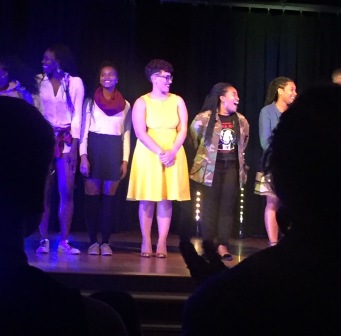 Models stand together at the end of the show and receive a standing ovation.

“I wanted to allow them to see a different world,” Brown said. “A world in which we make it our own despite the things that make it seem like it’s not for us. I hope people learn that black people, we’re here. We’re trying to make a difference because this is our world, too.”

Aside from the fun elements of preppy clothing and dynamic struts across the stage, the show included several powerful segments. One in particular featured a song by Vince Staples entitled “Hands Up.” As the song repeated, “Put your hands in the air,” the models each lined up fighting the urge of their hands to give in to the requests. By the end of the struggle, their hands succeeded in their position of surrender.

Another powerful segment — which focused on business and business casual attire — devoted a portion to “black girl magic” and showed the models making confident strides down the stage, each making sure to give supportive high fives to one another as they crossed paths.

“My favorite part was the black girl magic,” said sophomore Kristin Wiggins. “No one ever talks about black girls, only about black men.”

For Wiggins and others in the crowd, it was refreshing to see support from multiple perspectives.

But the show didn’t stop at powerful statements. BSU staff sophomores Janay Tyson and Lana Logan also presented a $250 check to the Positive Attitude Youth Center in Burlington, North Carolina for their meaningful work with children and young adults. Tyson said that after having volunteered there and seeing the impact the center had, she realized their work was “amazing” wanted to help give back.

“Sometimes you do this work and it doesn’t get noticed,” she said.

For Brown, amongst the different things he hoped the show would accomplish, he most wanted for it to be a presentation of resilience.

“The largest portion of our history was dark and we weren’t very happy,” Brown said. “I wanted to showcase our happiness. I want people to take away that this our world and we make it our own.”

Mark Harris is a 22-year-old self-taught fitness motivator from Chapel Hill, North Carolina with more than 4,500 Instagram followers. He shares videos of his workout transformations as well as words of encouragement with his followers.

There’s one golden key to life whether pursuing happiness or any other achievable fulfillment and Will Smith said it best in the movie “Pursuit of Happyness”: if you want something, go get it. Period. At just 22-years-old, fitness motivator Mark Harris has become the champion of his own career by making his goals a priority and checking things off the list as he goes.

With a current Instagram following of more than 4,500 people with whom he shares motivational posts tracking his fitness journey, Harris aims to show people that failure is essential to any success story and that anyone willing to work is capable of succeeding.

From skinny to built: figuring out what works

Harris began making time for what he wanted two years ago when he decided to start living a healthier lifestyle. Being the only one in his family to take a strong interest in fitness at the time, he was left to figure out the specifics on his own which he described as a “nerve-wracking” process.

Knowing that everyone’s body performed differently, it was important for Harris to learn what worked best for him. He said although genetics play a role, strong work ethic can also yield results.

“Some people have great genetics so therefore, they work a certain muscle group,” he said. “Of course, they’re going to be able to grow faster, develop faster, get better results. And then there’s the other people who really have to work twice, even 10 times as hard, as the other person who has great genetics.

“That’s why I kept doing the transformations. It’s to show people that I basically came from nothing — skinny guy running track — to I guess a bodybuilding motivator now.”

Finding a balance between work and play 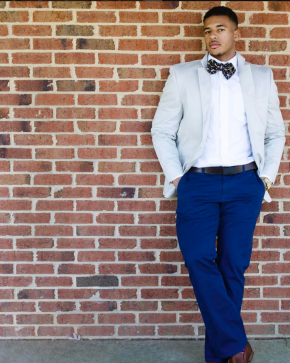 Harris says true passions require sacrifice, and as a member of the U.S. Air Force deployed in the Middle East, he is no stranger to the practice.

“Even though you have to sacrifice other things that are less important to you, you’re still going to do what your passion is at the end of the day,” Harris said. “Of course I run into lack of sleep, oh I miss this meal, that meal, but I’m so prioritized on what I want to do. People call it selfish, but it’s my passion so I don’t think that’s selfish whatsoever.”

Harris believes in the value of working hard and said slacking is not one of his cups of tea.

“I’m not a believer in kind of wanting things,” he said. “You either want it or you don’t.”

He says the best way to stay positive about what you’re doing is to not sweat the small things.

“There’s somebody out there that’s in a way worse situation than you’re in and I always think about that all the time,” he said. “Especially me being on this deployment, I’ve seen some really interesting things that’s just made me value my place in life. Valuing my opportunities, valuing my blessings. It’s really a humbling feeling.”

Although Harris has run into days where he doesn’t feel the most motivated, he makes it a point to remind himself of his purpose.

“I just consistently remind myself of what I am doing this for, how far I’ve came,” he said. “If I stop now and make excuses, how far is it going to set me up in the future? If I stop now, then I’ve basically settled. Settling is always not good, no matter which way you look at it.”

Using social media as a tool

Once Harris began seeing progress he was comfortable with, he realized he could use his results to inspire others through his Instagram account. He says the response he got was shocking.

“I had no clue that I had this many people supporting me,” he said. “You can scroll through all the comments and people are always telling me, ‘Keep pushing, keep going.’ They have my back if I need any help. And these people don’t even work out at all, and they see me posting these transformations and they want to go out and get it themselves.” 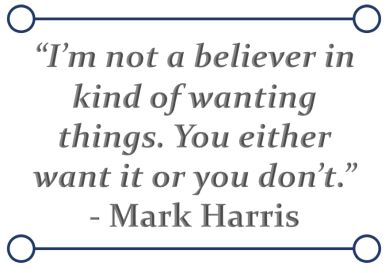 You’ve come such a long way and you are one of my very few sources of positivity and motivation. I do hope you always keep progressing in your journey and don’t ever lose that animal ambition of yours.

“I think that was my best comment,” Harris said. “Really caught me by surprise.”

With the support of his followers, Harris knew he couldn’t quit.

“People that don’t even work out keep telling me to keep going, keep pushing and that’s what makes me feel like I’m actually doing it for more of a purpose,” he said. “Because people have my back, I don’t really want to let them down.”

The opportunities Harris’s Instagram has provided him with allowed him to recognize its power along with that of other social platforms.

“People do not realize how much social media helps out and benefits you in the long run,” he said. “So many people shun social media, but social media actually helps you out tremendously.”

Working towards building a brand

Besides reaching his weight goal of 180 pounds and competing in the near future for natural bodybuilding, Harris wants to begin developing a brand within the next couple of years. Along with creating a clothing line, he hopes to someday own a gym of his own.

Larger than fitness, Harris wants his brand to promote messages of positivity. He encourages others to never quit, to hurdle their obstacles and above all, to know that “failing is acceptable, but settling isn’t.”

While uncertain of where exactly his passion will lead him next, Harris assures one thing:

For fitness tips and more from Mark, visit his YouTube here.

Behind the powerful style of dance linked to African American culture and the nine National Pan-Hellenic Council Greek organizations is a powerful history that transcends centuries. What began as a means of survival for South African gold miners during the 19th century has become a unifying art form for an entire culture.

In the 1880s during the Apartheid in South Africa, oppressive laws and harsh working conditions restricted the freedoms miners had. With dark work environments and forbiddance to speak with one other, the miners were left to find an alternative. Their solution involved the few things they could actually rely on: their bodies, gumboots and rhythm. Through slapping their boots, stomping their feet and rattling their shackles, they created beats and a strong form of communication called “Gumboot dancing.”

Eventually, the style of communication morphed into a style of dance called “stepping” that landed on Howard University’s campus in the 1920s. Through the decades, it continued to evolve incorporating vocal expressions. It has since weaved its way into the proud histories of NPHC Greek organizations.

In order to educate the students of Elon University on how stepping became a signature of black Greek organizations, NPHC hosted “The History of Stepping” this Monday March 27 in Moseley 215 at 5:30 p.m.

According to junior Janaé Williams, one of the panelists and member of the Xi Omicron chapter of Zeta Phi Beta Sorority, both stepping and strolling are linked to NPHC organizations but differ in their purposes.

“In stepping you use your body as the instrument in which you communicate a message whereas in strolling, you’re not so much an instrument but you’re moving in ways that are the same as the other members of your organization,” Williams said. “That’s why strolling is usually done in a line to perform unity between the brotherhood of sisterhood of your organization. Stepping doesn’t necessarily have to be in a line as long as your synchronized and making the same beats also making one sound.”

But although the organizations are known for their precise steps, it is not the forefront of their brotherhoods and sisterhoods according to senior Chris Blair, a member of the Sigma Mu chapter of Omega Psi Phi. He said servicing the community is what they most take pride in.

“We service the community and the people around us,” Blair said. “Each and every organization prides themselves off of service. It’s not about just looking good within each other, it’s about trying to help build the community. That’s what all of the fraternities and sororities were built off of. That’s how they were founded and that’s what they strive to do.”